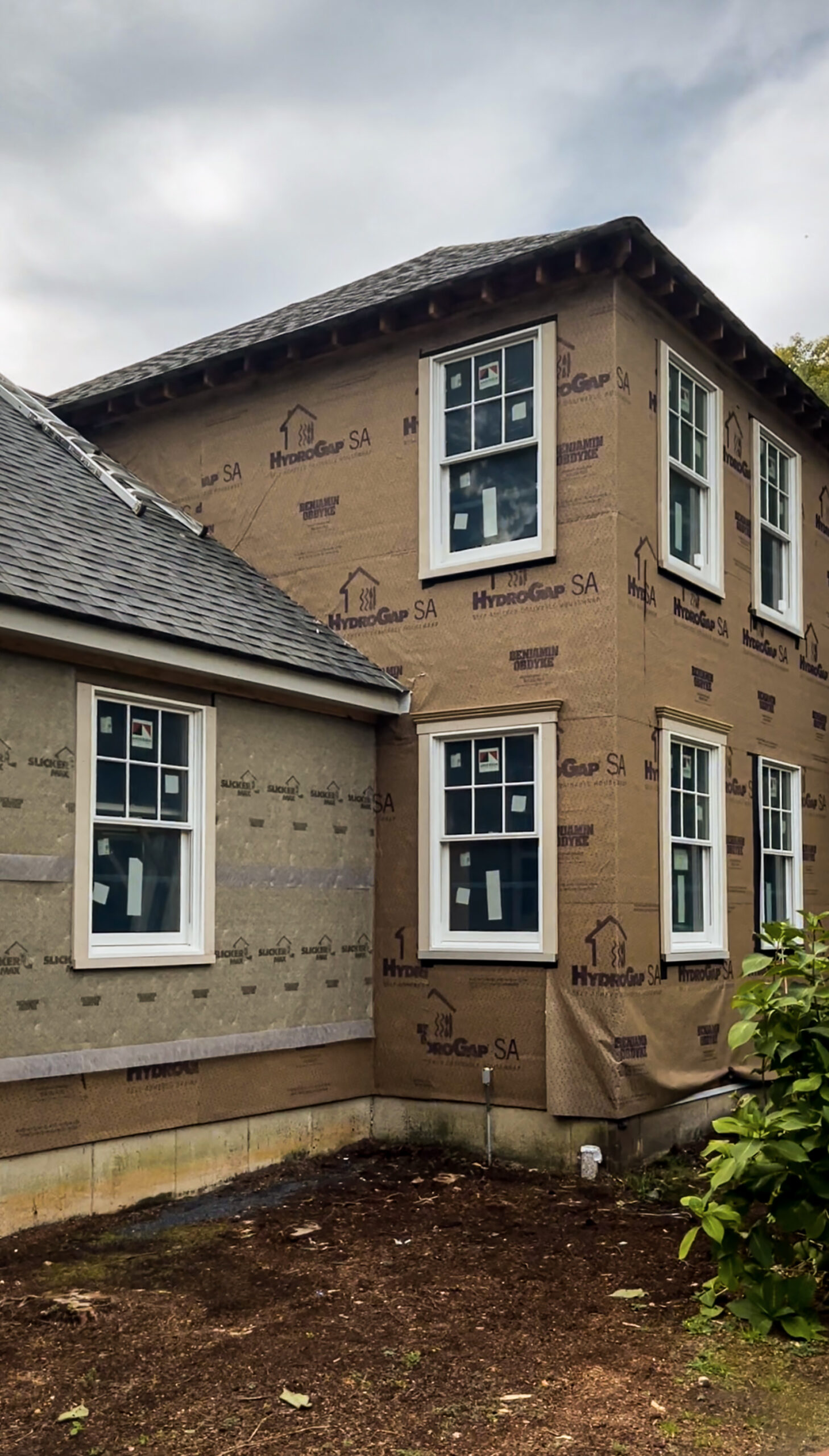 After moisture issues led to the failure of his wood siding, a homeowner worked with Plum ProExteriors to choose a housewrap, rainscreen, and flashing system that would better protect the exterior from the elements.

When a homeowner began noticing water damage on the gables at the front of his Massachusetts house, they reached out to remodeler Yuk Slyvka, owner of Plum ProExteriors. It didn’t take long for Slyvka to discover the problem behind the home’s wood clapboard siding: The wall sheathing was covered with tar paper with improper flashing details and little ventilation.

The faulty flashing was trapping moisture in the building envelope, and a lack of adequate ventilation behind the cladding provided little opportunity for the wall system to dry out. As a result, the wood siding absorbed the excess moisture, leading to premature failure.

The homeowner knew he wanted to replace the siding and the windows, but also wanted to take things a step further and replace components of the wall system to avoid similar problems in the future. After doing research on his own, he discovered Benjamin Obdyke’s HydroGap® drainable housewrap and Slicker® Rainscreen and wanted to learn more.

Slyvka had used the Slicker rainscreen on previous jobs with wood or cedar siding, but was using a competing housewrap for most projects. He reached out to Danielle Chin, Benjamin Obdyke’s Market Development Manager for New England, who provided product samples to share with the homeowner.

“The homeowner knew after I gave it to him that he wanted to go with the HydroGap and Slicker rainscreen,” Slyvka says.

Ultimately, Slyvka chose HydroGap® SA (self-adhered), which combines the benefits of the HydroGap drainable housewrap with a continuous acrylic adhesive to provide sealing around cladding fasteners. The 1mm spacers on the housewrap’s surface create a true drainage space with 96% drainage efficiency. For added protection behind the new fiber cement siding, he installed Slicker® Max, a vertically channeled rainscreen that includes a filter fabric for enhanced UV and compression resistance.

The combination of the HydroGap SA and Slicker Max provides a capillary break for bulk water, keeping moisture from the exterior off the walls and allowing it to drain away, and also provides ample ventilation to further dry the cavity.

In addition, Slyvka flashed the new windows with HydroFlash® UV+.

For Slyvka, making the switch to a Benjamin Obdyke system reaped several rewards. His installers found the new self-adhered drainable housewrap easy to install—a critical selling point in today’s challenging labor market. HydroGap SA was easy to detach from itself, Slyvka recalls. “When [my previous housewrap] sticks to itself, I have to throw it away, but my guys liked that they could pull Obdyke’s wrap apart and use it.”

And by leveraging HydroGap SA, Slicker Max, and HydroFlash UV+ together, he was able to obtain a 35-year system warranty, providing added assurance for both himself and the homeowner. The result is not only a beautiful new facade, but the peace of mind that comes with knowing that what’s behind the walls will keep the exterior looking great for years to come.

To receive a sample of HydroGap SA and the rest of the Rainscreen for Siding System, click here. Are you ready to purchase? Click here to be directed to our Dealer Locator and find a dealer near you.

Find more of Plum ProExterior’s work on their Instagram. 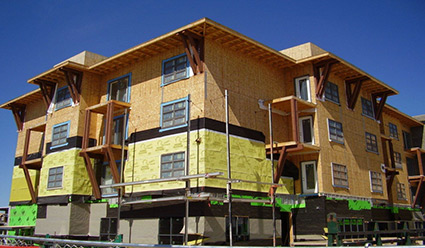 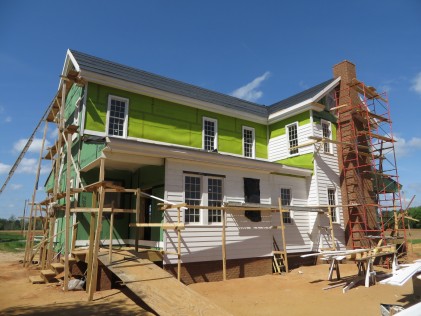